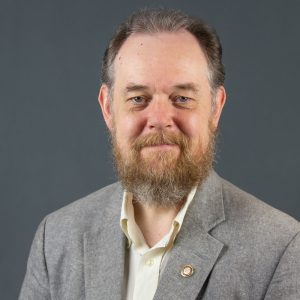 John Whitt serves as the State Aid Manager for the Office of Student Financial Aid at the University of Wisconsin–Madison. He administers Wisconsin state-funded financial aid programs provided by the State of Wisconsin Higher Educational Aids Board, the University of Wisconsin System Administration, and other state agencies. John has been working in the financial aid field since 1998 and joined the Office of Student Financial Aid team in 2008. He was a Pell Grant recipient as a student and would not have been able to attend college without financial aid. John’s dedication to financial aid is founded on his belief that higher education should be the right of the inquisitive, not the privilege of the wealthy.

John earned a Bachelor of Science degree in History from the University of Wisconsin–Madison in 1989. He enjoys reading and spending time with his family. John is a native of Green Bay, WI, and a life-long Packer fan. He also plays the trombone and the tuba, though not at the same time.